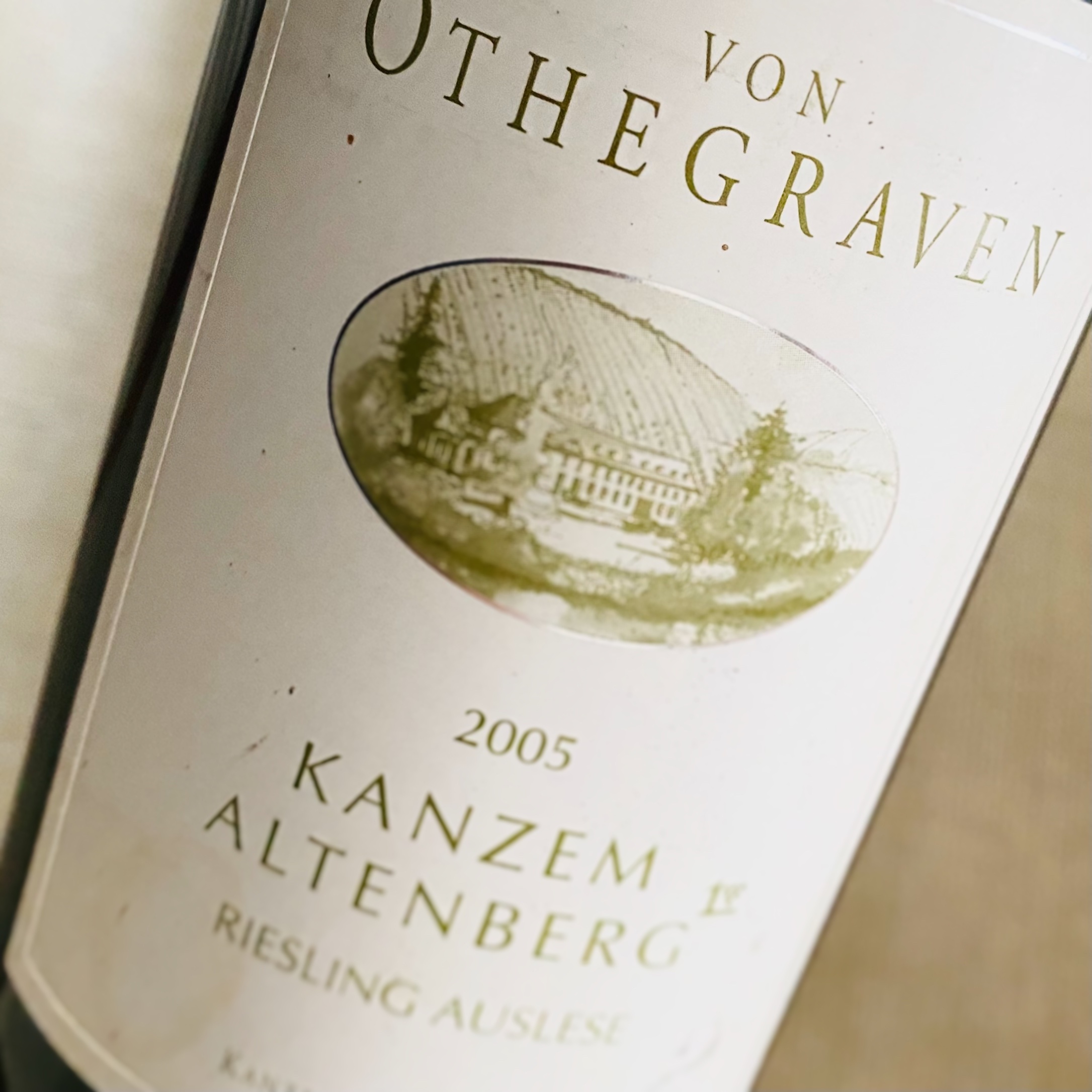 Within the context of a brief tasting, I enjoyed a Riesling from the Saar the most over the weekend. The 2005 Auslese from the Altenberg in Kanzem produced by the Othegraven winery was perfect to round off the afternoon.

Othegraven is a very traditional producer whose roots can be traced back to around the year 100. It is one of the oldest estates in the region. In Kanzem, for example, viticulture has been documented since 1381.

The Altenberg is an impressive steep slope with a maximum inclination of 85%. It rises on the right bank of the Saar in a south-southeasterly orientation.  Protected from the cooling north winds, the proximity to the river provides additional warmth. The vines grow on Devon slate, in which they can root deeply and are less susceptible to drought stress.

The 2005 Auslese shows wonderful concentrated notes of candied apricot, apples, orangeskin with plenty of spice and a subtle saltiness on the finish. Honey, pear and caramel add complexity. Very long and intense finish.

No Straw Wine but Wine with a Straw

Chenin Blanc from the Cape