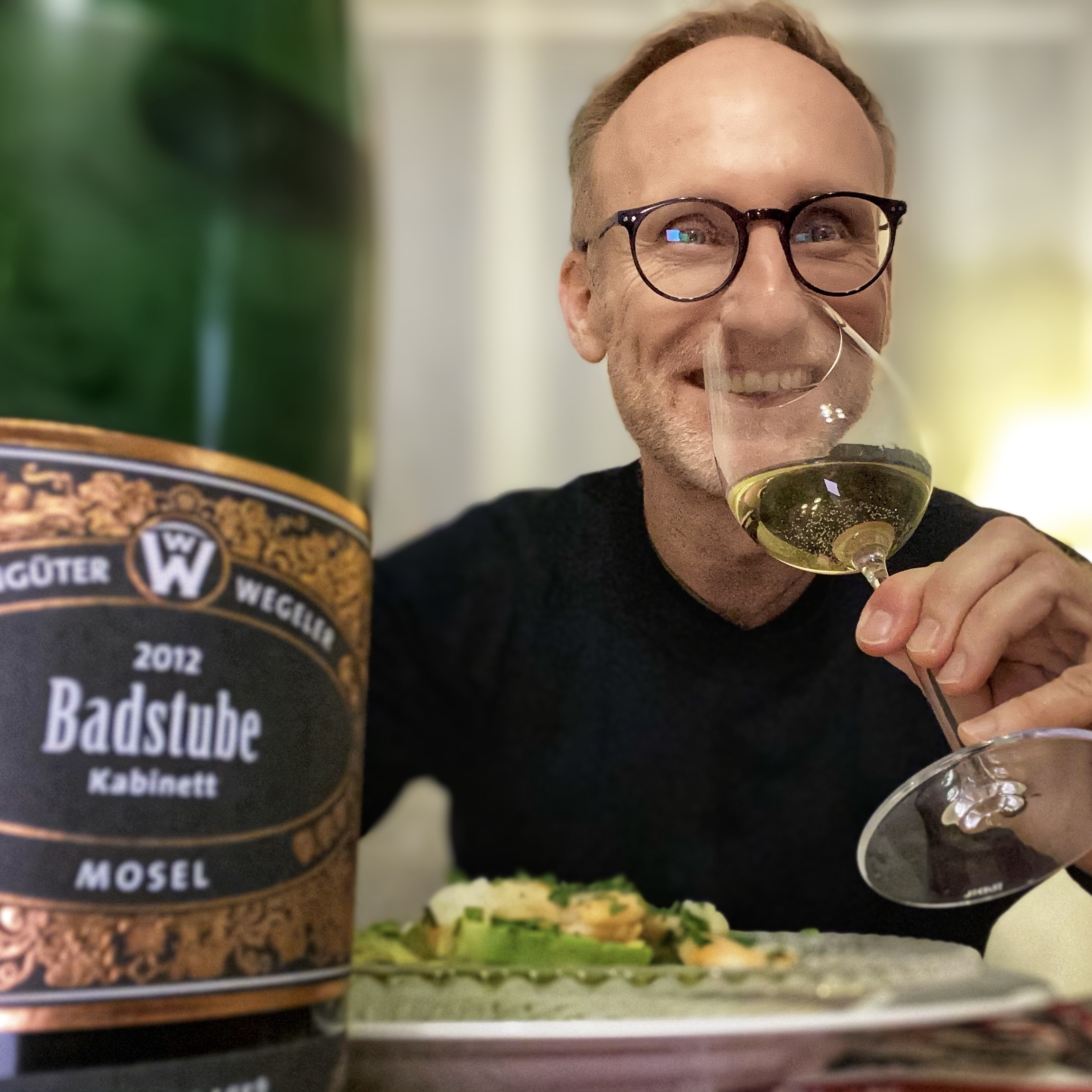 Srećan Božić – Merry Christmas!!! Today we celebrate Orthodox Christmas. For the occasion, we are drinking a beautifully mature Kabinett that I received as a gift from a dear colleague.

However, the 68-hectare Badstube is one of the few Großlagen that does not extend over several villages but is limited to Bernkastel sites.

By the way, the term “Badstube” translates as bathroom and dates back to the Middle Ages when hot springs of the place were used for recreation.

A characteristic of the wines from the Badstube is their animating juiciness. This is especially true of the 2012 vintage, which was characterized by an irregular growing season and a perfect late summer.

The 2012 Wegeler Kabinett is just a lovely juicy wine to drink: Delicately matured with citrus and subtle hints of petrol, peach, honey and an elegant touch of minerality on the medium-length finish. The fresh acidity excellently balances the residual sweetness. And all this at only 9% alcohol by volume.

Good Stuff From the Copper Mine