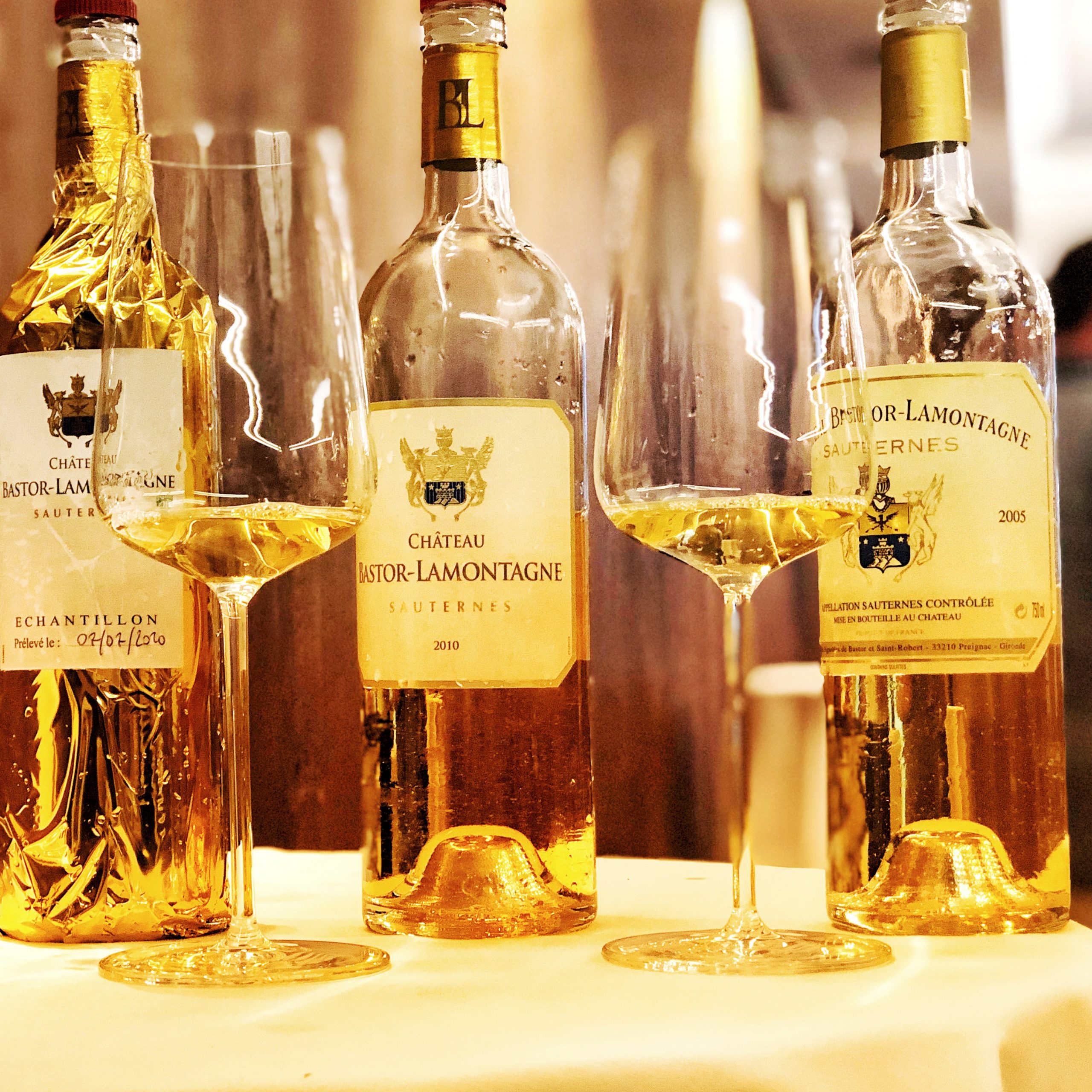 I am a big fan of classic sweet wines because they reflect those days when sweetness was a precious thing. And also because they need time to show their true potential. They don’t fit into our fast-moving times. I like that.

A small vertical in Munich demonstrated once again how vital this time factor is. As part of the Bordeaux Primeur tasting, we also tried three vintages from Bastor-Lamontagne. The host Crus et Domaines de France presented the current 2019 vintage as well as the very good vintages 2010 and 2005.

The estate Bastor-Lamontagne is located in the Sauternes Commune Preignac, has 52 ha of vineyards and belongs to the Moulin and Cathiard families since 2014. I have never been entirely convinced by Bastor’s wines. I often missed the elegance, finesse and complexity of the really outstanding examples of Sauternes. But I found the triple combination of Munich fascinating. It showed again how vital bottle maturity and drinking time could be.

2019 is undoubtedly the wine with the highest potential of the three vintages: It is in its primary phase with orange, tangerine notes, honey, vanilla and candied fruit—well balanced, fresh and yet intense. 2010 oscillates between fruit aromas and mature notes—a maturing wine with medium length and complexity.

However, I found 2005 most exciting. I had already tasted it years ago and considered it rather unspectacular at the time. Now it was much more fun to drink. Elegant, with beautiful notes of dried fruits, honey, herbs, honey and wax. Indeed it is still not the most complex and longest wine of the vintage, but straightforward, at its peak and a great food partner

Fortified Sweet for the Sweet