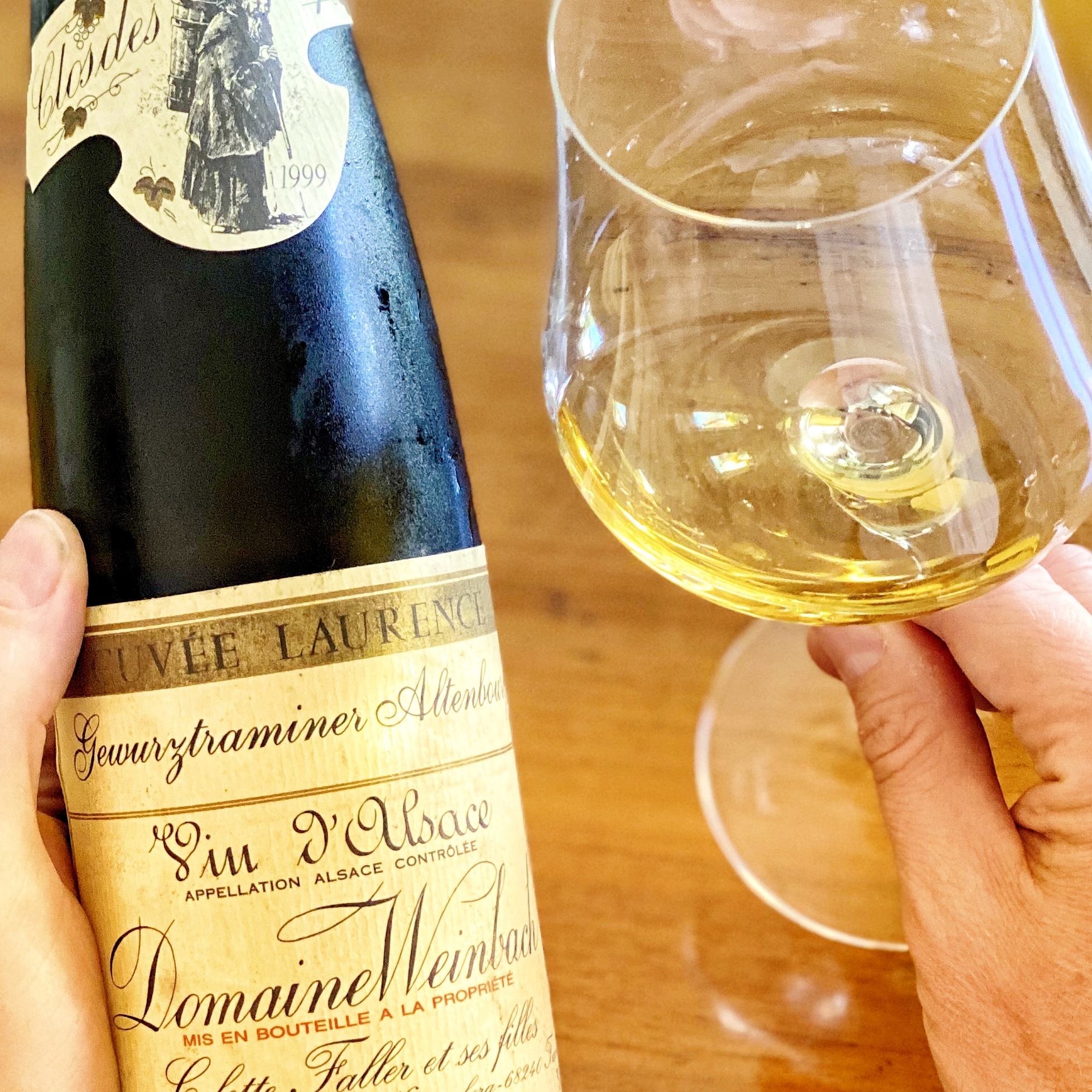 There are grape varieties such as Riesling which I could drink nearly every day. Others, like Gewürztraminer, I also love. But I enjoy them just on special occasions. I find Gewürztraminer too rich and intense in most cases, to be a daily pick. Some also tend to lack freshness, which makes it even not more comfortable to consume. Nevertheless, grown on the right spot with not too shallow soil and treated with care, Gewürztraminer can be awesome – especially as a partner for spicy and creamy food. This week I had the opportunity to taste three completely different versions of this fascinating grape variety: Two „Gewurz“ and one „Gewürz“ as we spell it in German (the word means „spice“ and relates to the intense aroma of many Gewürztraminer).

Gewürztraminer is an old grape variety whose origins are somehow in the dark. However, the genetic profile suggests a relation with the Savagnin family. Many experts see also a link to the village of Tramin in Alto Adige. The grape has been cultivated since the 15th century there. Today, you find this grape on various places all over the world.

I tasted three different styles and origins, and all three spiced up my life – at least up to a certain point. Most impressive was the classic example from Alsace. A 1999 Gewurztraminer Altenbourg Cuvée Laurence from Domaine Weinbach. Capucine monks produced wine since the 17th century there, before The Faller family took over. The Gewürztraminer is grown on limestone-rich soil of the Altenbourg vineyard. I bought that bottle at the Domaine 20 years ago, and it slept in my cellar. Golden colour, rounded texture but a good freshness with just 12.5 % abv. Complex, multilayered aromas of honey, dried tropical fruit, peach, apricot, honey, yellow apple and pear. Indian spices and hay in the medium finish.

The second wine came from the Okanagan Valley in British Columbia/Canada. The 50th Parallel Gewurztraminer 2018 is grown on alluvial fans. In contrast to Domaine Weinbach, 50th Parallel is an entirely new venture, which was established around ten years ago. I liked the elegant, aromatic nose with lychee, rose petals and some refreshing gooseberry undertones. The palate didn’t impress me as much as the aroma. Although it is well balanced by its acidity and the slight off-dry character, the wine lacks a bit intensity on the mid-palate. The finish is also just medium-long. Nevertheless, the wine went very well with the spicy food.

The third wine comes from our Swabian neighbourhood. Rainer Schnaitmann from Fellbach produces the Badmer Gewürztraminer Auslese as a project by heart. His 2017 vintage is a lovely example of an elegant Gewürztraminer, which was grown on gypsum keuper soil. The wine shows an intense but delicate fruit profile of honeysuckle, elderflower, rose petal, and musky spice. Fresh on the palate with around 50g/l residual sugar it is very well balanced and on the elegant side of the Gewürztraminer scale.