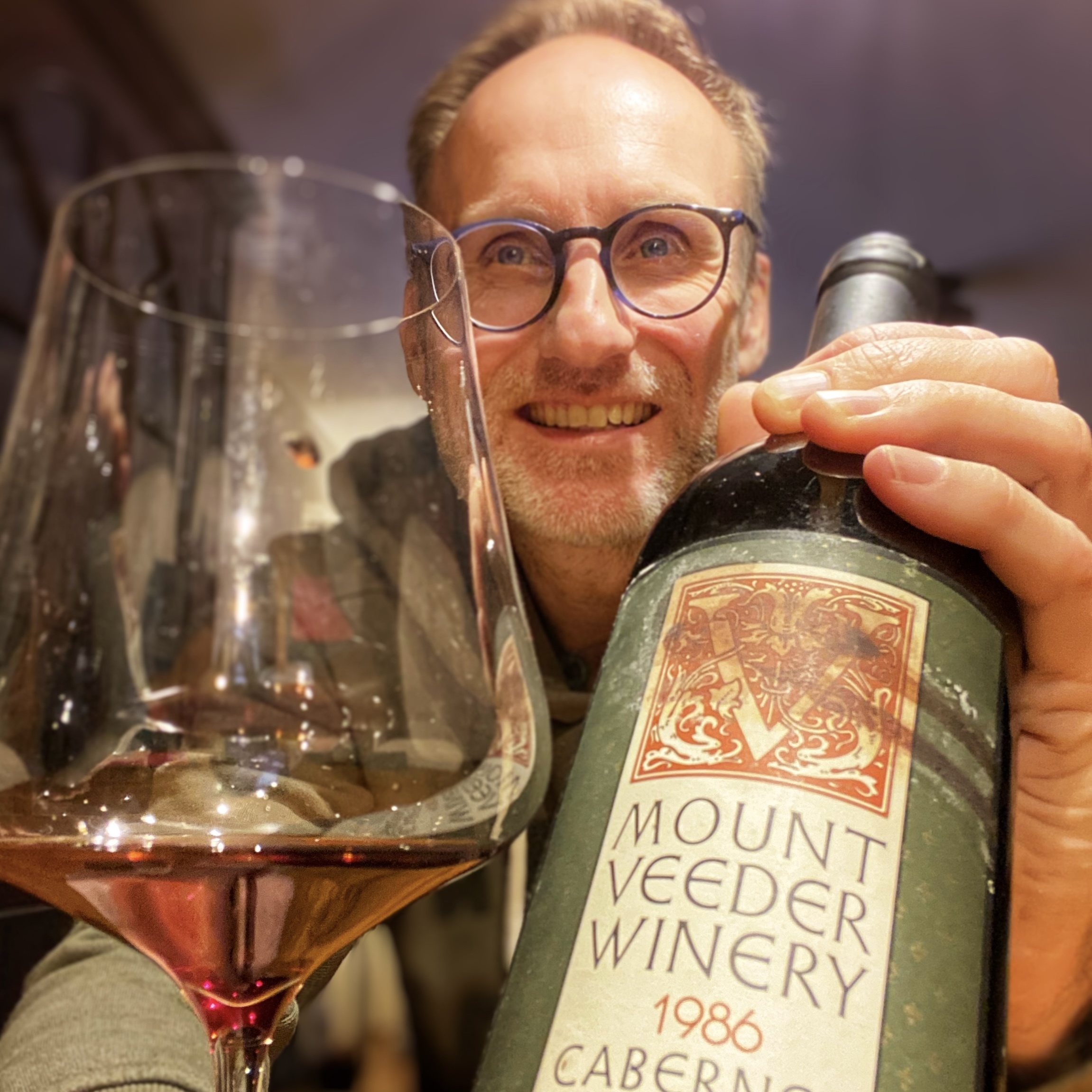 Preparations for a 35th anniversary tasting. Among other things, this 1986 Cabernet from Mount Reeder Winery. I find such aged wines particularly interesting, as they come from a time before it became fashionable to produce wines that are as intense and concentrated as possible.

The vines at Mount Veeder Winery, originally founded by Michael and Arlene Bernstein, grow in the stony, volcanic soils on the heights of Mount Veeder.

The vineyards sit above the fog bank and are exposed to the morning sun.
1986 was a year with early budbreak and a long growing season including a warm September. Very good conditions for Cabernet Sauvignon.

Although the 1986 Mount Veeder had clearly passed its peak, it was nevertheless exciting to pre-taste it with Coravin. Dried leaves, some lovage, tobacco, bell pepper.

With some air, dark cherry notes return, though they linger only briefly. Somewhat short on the finish with drying tannins.

Sauternes – About the Influence of Time